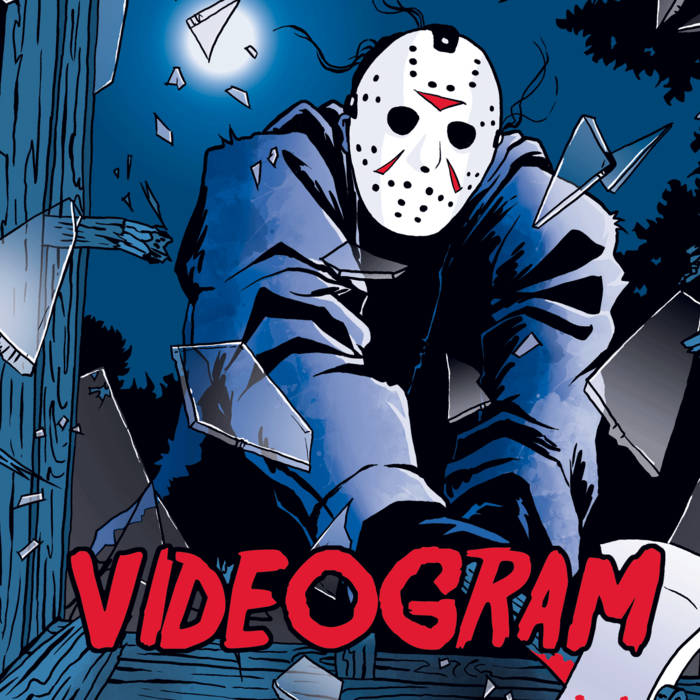 Featuring an 8-bit video that reached beyond the vast fan base of the movie franchise, receiving favorable coverage from both pop culture media, collectible manufacturer NECA, and the gaming community, the dance floor-friendly five-track EP showcasing Videogram’s skills on the mixing console, as well as knack for blending genuine horror sounds with catchy melodies, is a sure-fire hit for fans of all things Friday the 13th!

"The image of an 8-Bit Jason Voorhees cutting a rug underneath a disco ball makes the video worth a watch all by itself."
- The A.V. Club goo.gl/qDxIgi

"...five tracks of pure electronic bliss that would even get Jason Voorhees himself to cut a mean rug"
- Bloody Disgusting goo.gl/ji8XdQ

"...cleverly maintains a mix of both 80s funky synths and genre elements in order to produce a threatening, nightmarish audio experience that's as groovy as it is hostile"
- Cinema Retro