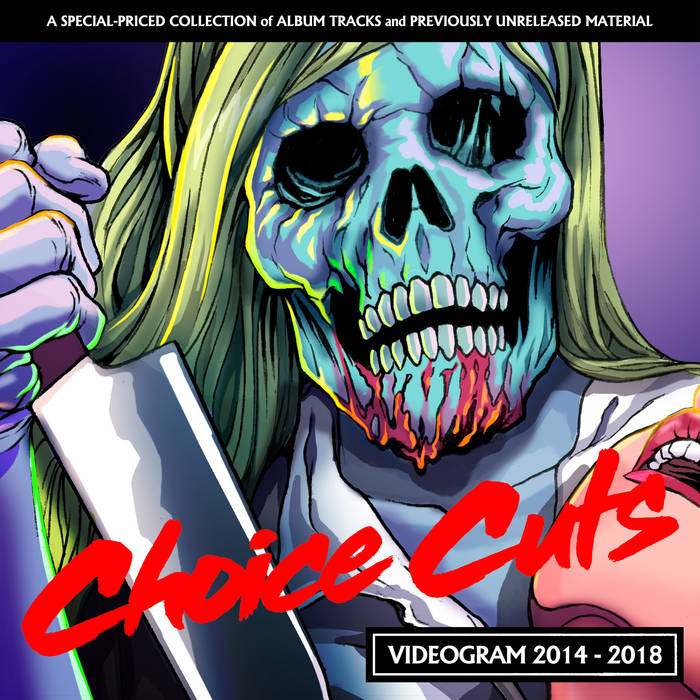 Featuring songs from the official releases, as well as unreleased gems found in the vaults, the fourteen-track album gives you close to an hour's worth of Videogram's trademark genre sounds, with each track carefully selected, and lovingly remixed and remastered in HD for maximum audio punch!

"There is so much to enjoy and take from this album; it really is a love letter dedicated to the past. Every track seemingly sparks a memory or at the very least a vivid recollection of a much cherished time, and when VHS was king. Videogram have a special gift of regenerating a past environment, unlocking a door to the past – and if you enjoy that particular kind of trip – then hop on board. This album is guaranteed to take you there and never let you down."
- Darren Allison, Cinema Retro

Read my album track by track run through for Modern Vinyl at modern-vinyl.com/2018/07/24/tracklisted-with-videogram/

Dedicated to the memory of James 'Doc Terror' Harris.