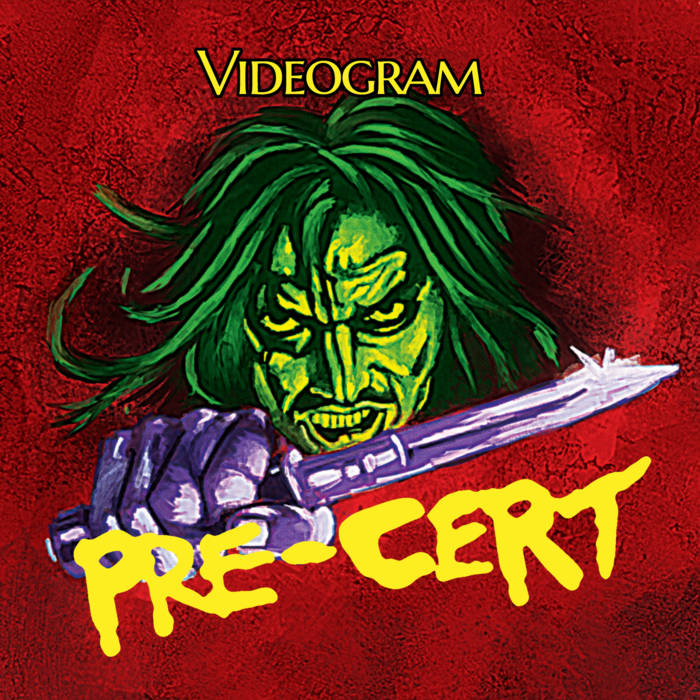 Benjamin Zayas Huge fan of John Carpenter (and many other 80's horror legends) and it's awesome to hear this musical homage to the entire genre. Favorite track: Man is the Warmest Place to Hide.

With his 2015 Cineploit debut, Videogram set out to further and improve the concept of the previous "S/T" 2014 album, innovating the horror synth genre by adding new instrumentation and injecting the VHS-inspired sound with a wider selection of influences.

Hailed by fans, press, the international horror community, including collectible manufacturer NECA, as well as the music industry itself - One Way Static Records pronounced it a ’classic in the making’, and the LP/CD was made part of UK distributor Code 7's 'Best Albums of 2015' series - with ’Pre-Cert’, the journey Videogram started in 2014 took a huge step forward, offering the same amount of affection for the VHS format and genre sounds as his previous efforts, with a more focused, polished and well-executed sound!

"This really is a love letter to a bygone age. A love letter that is written in blood by someone in an asylum who has just murdered a dozen high school kids in a series of gratuitous, ingenious and perverted tableaux. Its Jan (Bloody) Hammer set loose in the chop shop with Jason for company. Way to go!!!"
- The Active Listener goo.gl/uxq63x

"It’s not every day you get to hear something so unique and brilliant. The whole album sounds great, and is a must have for any electronic or movie fan."
- We Are Indie Horror goo.gl/Rllww4

"...Sellergren manages to tie (...) disparate influences together into a fantastic compilation that plays like a best-of, while still feeling as if it's brand-new."
- Starburst Magazine goo.gl/QtSwdE

"A new classic in the making."
- One Way Static Records goo.gl/c6KIo0

"There is a whole lot to like here, and even more to discover with each consecutive listen. Horror fans, fans of classic soundtracks, and just straight up fans of good and interesting music should definitely give it a go."
- Trash Mutant goo.gl/A58uWp

"I absolutely recommend you check out the album and buy it; it’s well worth it and the entire track list is so unique it really feels like you’re part of it."
- The Scream Review goo.gl/1kMdgf

SPECIAL THANKS to horror magazines, fanzines, blogs, websites, podcasts and radio stations for the support!